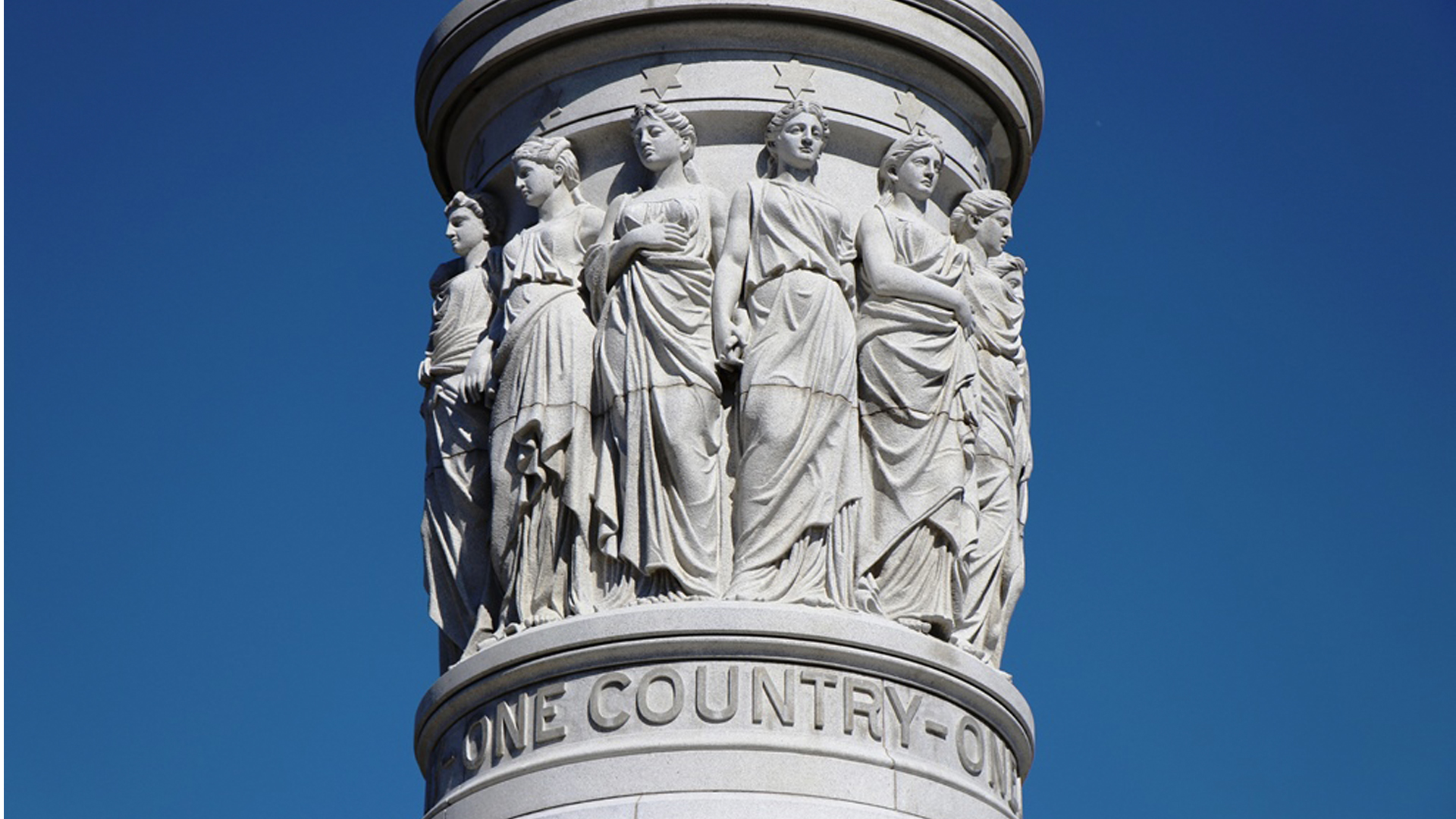 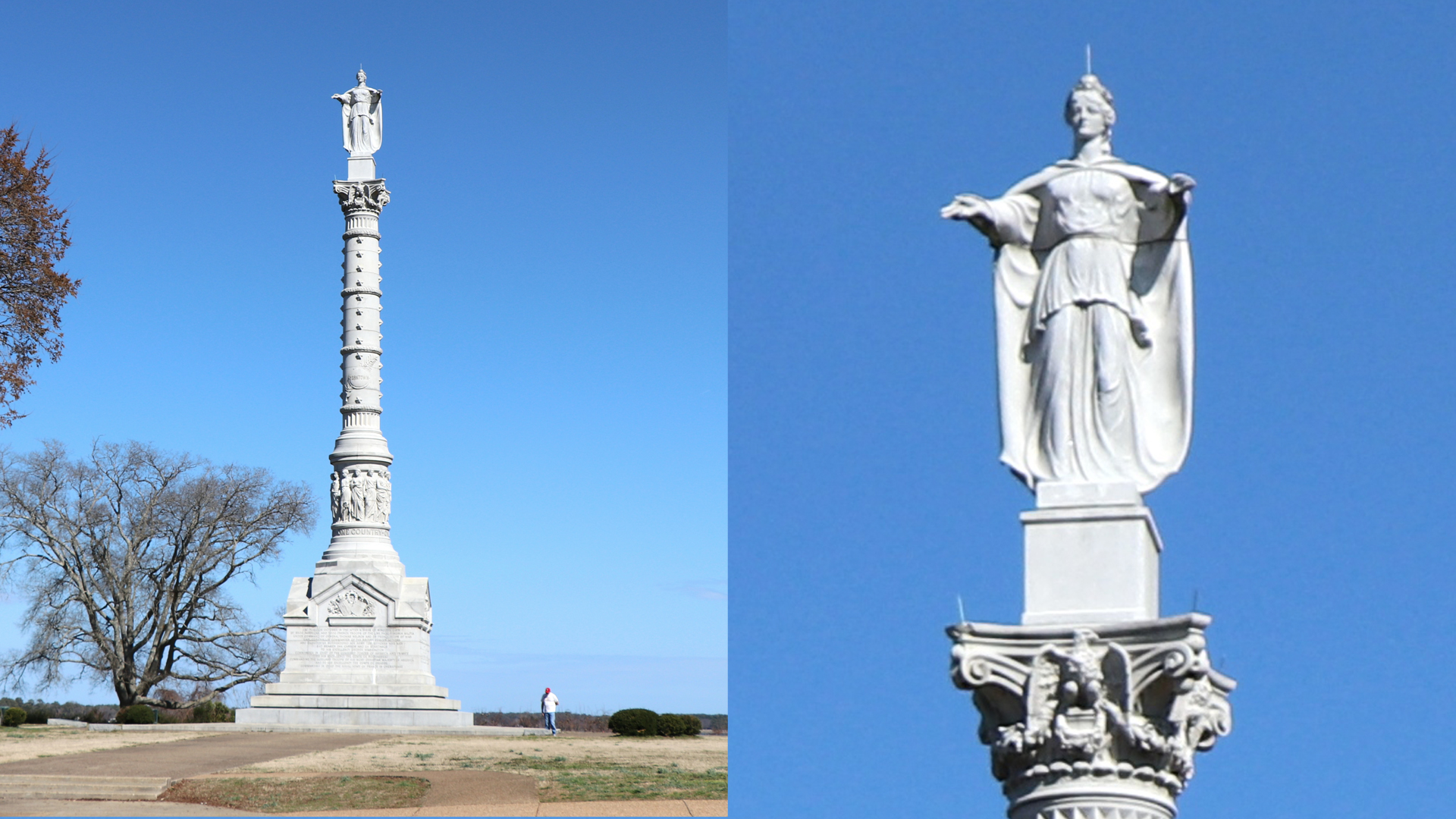 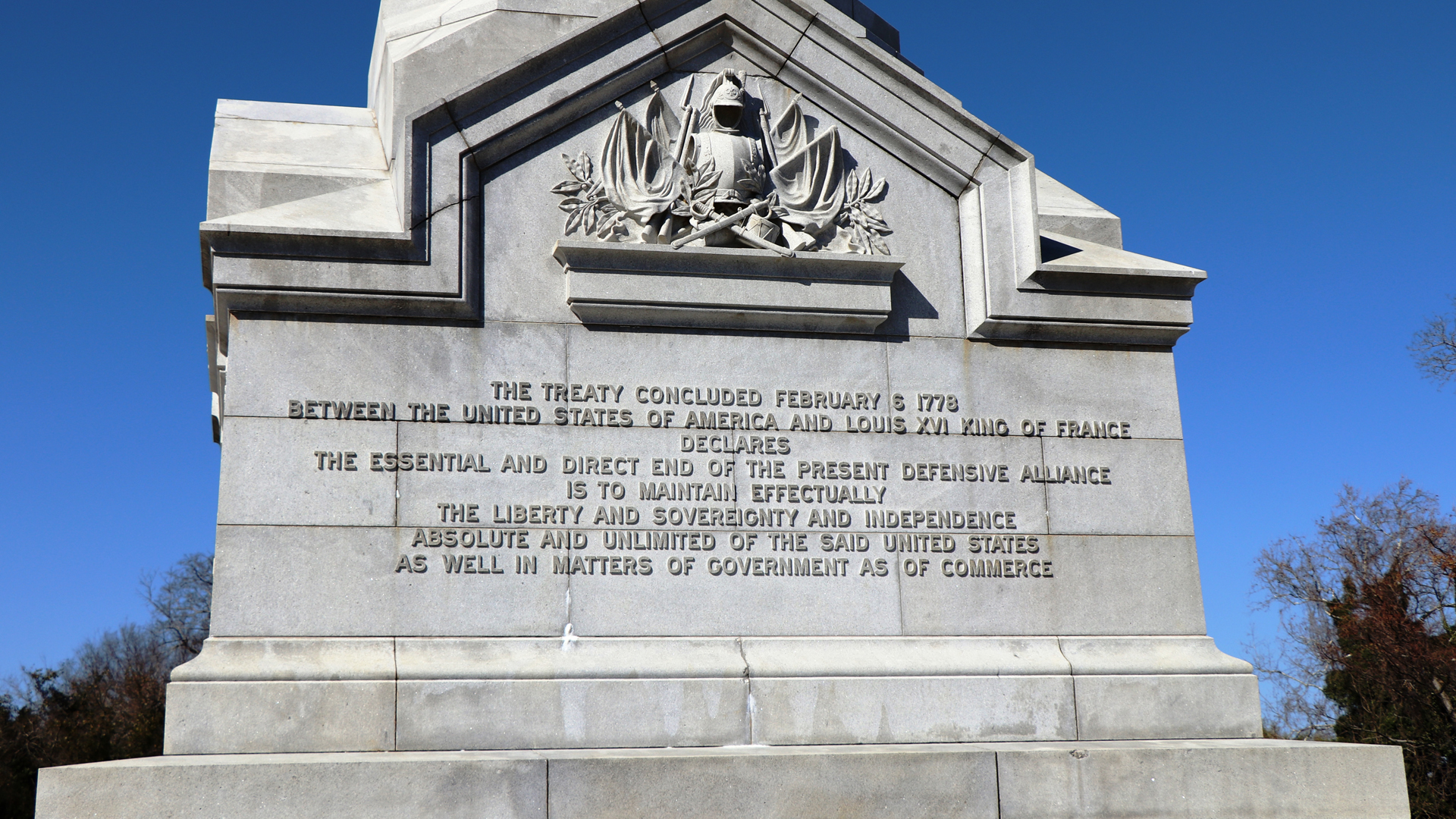 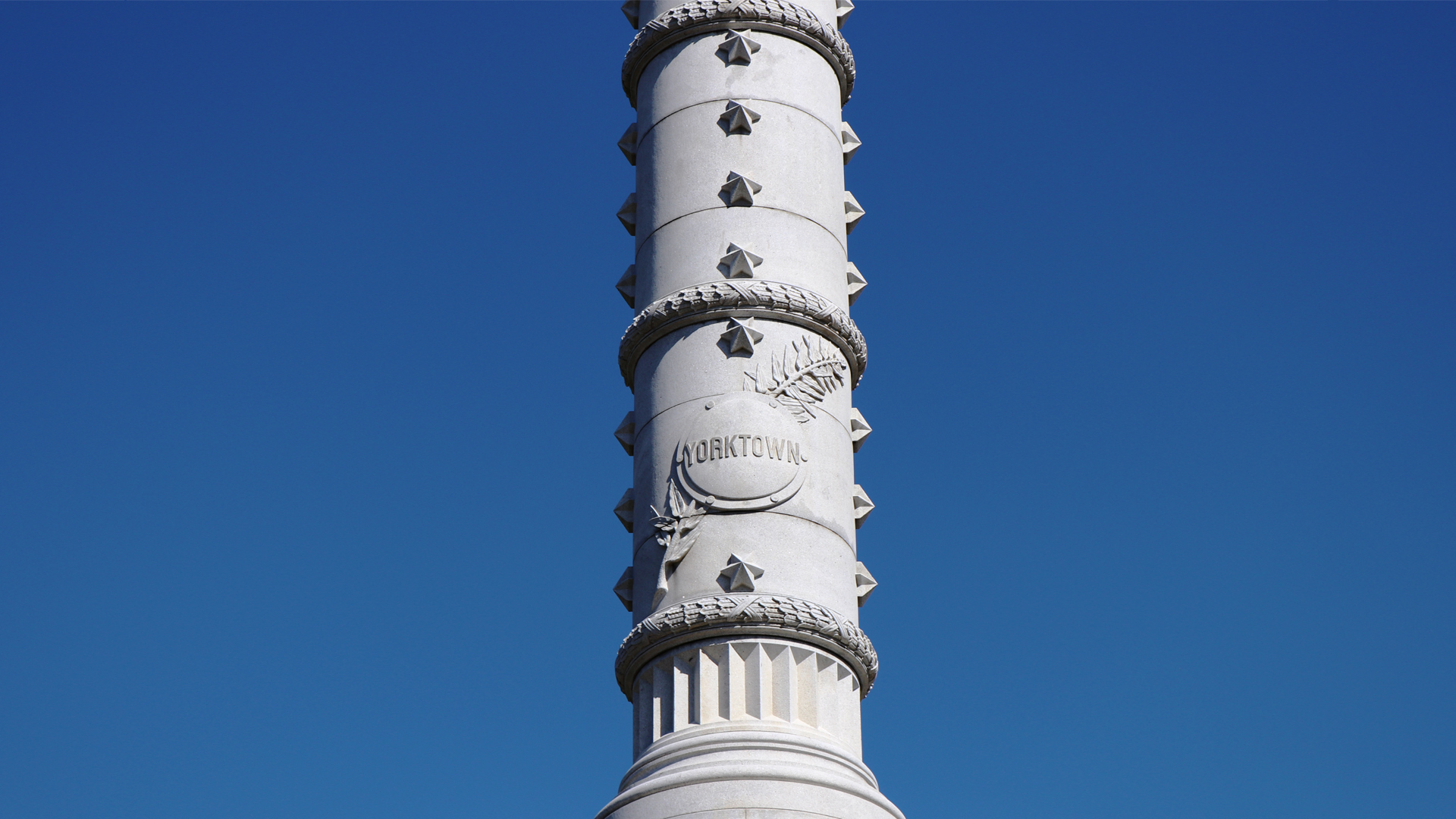 On October 24, 1781, Lt. Col. Tench Tilghman, Washington's aide-de-camp, reached Philadelphia and the Continental Congress with the "glorious" news of the surrender of Cornwallis' army at Yorktown, on October 19th. On Monday, October 29, Congress officially recognized this great victory and by resolution directed:

"That the United States in Congress assembled, will cause to be erected at York, in Virginia, a marble column, adorned with emblems of the alliance between the United States and his Most Christian Majesty; and inscribed with a succinct narrative of the surrender of earl Cornwallis to his excellency General Washington, Commander in Chief of the combined forces of America and France; to his excellency the Count de Rochambeau, commanding the auxiliary troops of his most Christian Majesty in America, and his excellency the Count de Grasse, commanding in chief the naval army of France in the Chesapeake."

However, no action towards actually building this monument was taken for a century.

The cornerstone of the monument was finally laid by "the order of the Ancient Free and accepted Masons" on October 18, 1881, "as the appropriate opening" for the Yorktown Centennial Celebration to commemorate the 100th anniversary of the Yorktown victory. 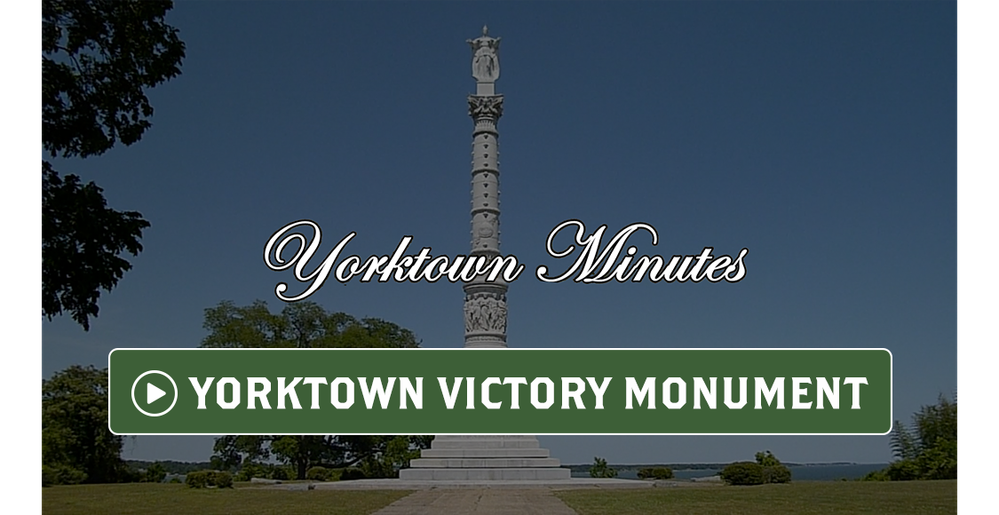 In design it embodied the symbolic theme originally specified by Congress in 1781:

I. The base carries an inscription on each of its four sides:

A. One dedicates the monument as a memorial of victory.

B. A second presents a succinct narrative of the Siege.

C. A third commemorates the treaty of alliance with France.

D. The fourth tells of the resulting treaty of peace with England.

II. The pediments just over the inscriptions carry:

A. Emblems of nationality.

B. Emblems of war.

C. Emblems of the alliance.

III. The podium is a "symbol of the birth of freedom."

It carries the sculpture of thirteen "female figures" hand in hand in a solemn dance to denote the unity of the thirteen colonies. Beneath their feet is the inscription "One country, one constitution, one destiny."

IV. The column which springs from the podium, is a "symbol of the greatness and prosperity of the nation” There is a star (38) for each state which was in the Union at the time the monument was designed. On the field of the shaft and among the stars, is the "shield of Yorktown covering the branch of peace."

Atop the shaft is the figure of "Liberty herself"

The present monument in its origin, in its design, and in its associations, is symbolic of the French and American victory at Yorktown on October 19, 1781 - a victory that resulted in American Independence. Some 98 feet high, it overlooks the wide harbor of the York River, from which it is visible, and forms a part of the familiar scene that is remembered by the many thousands who have seen it in the passing years.