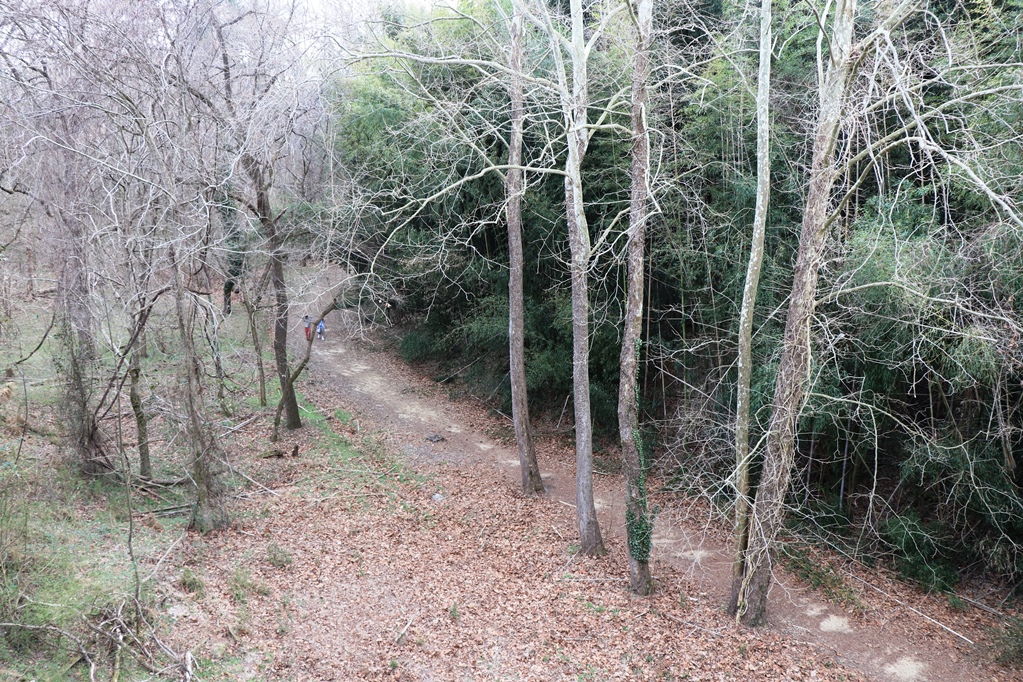 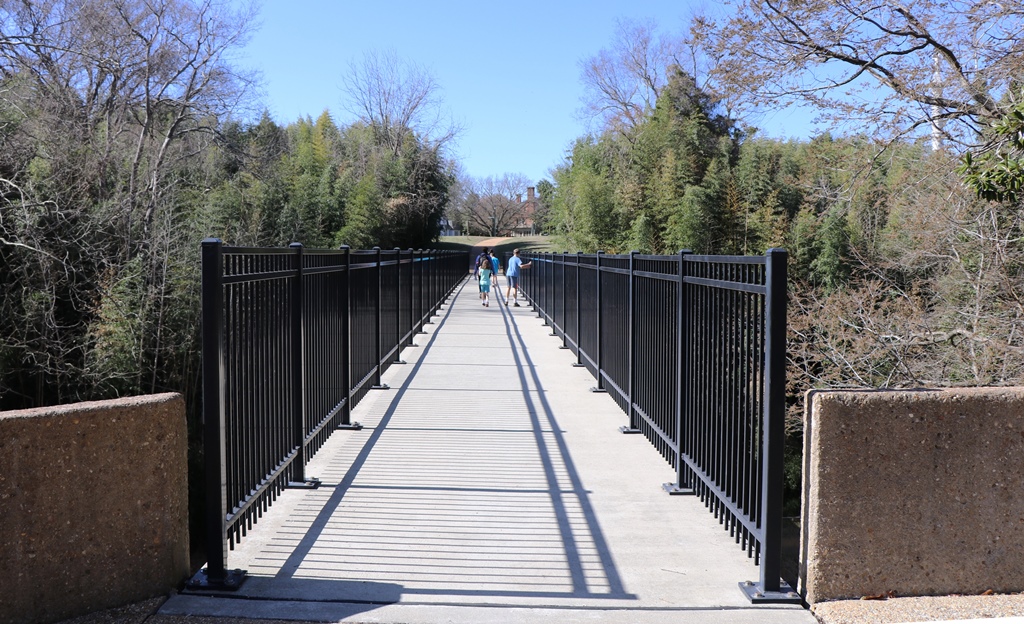 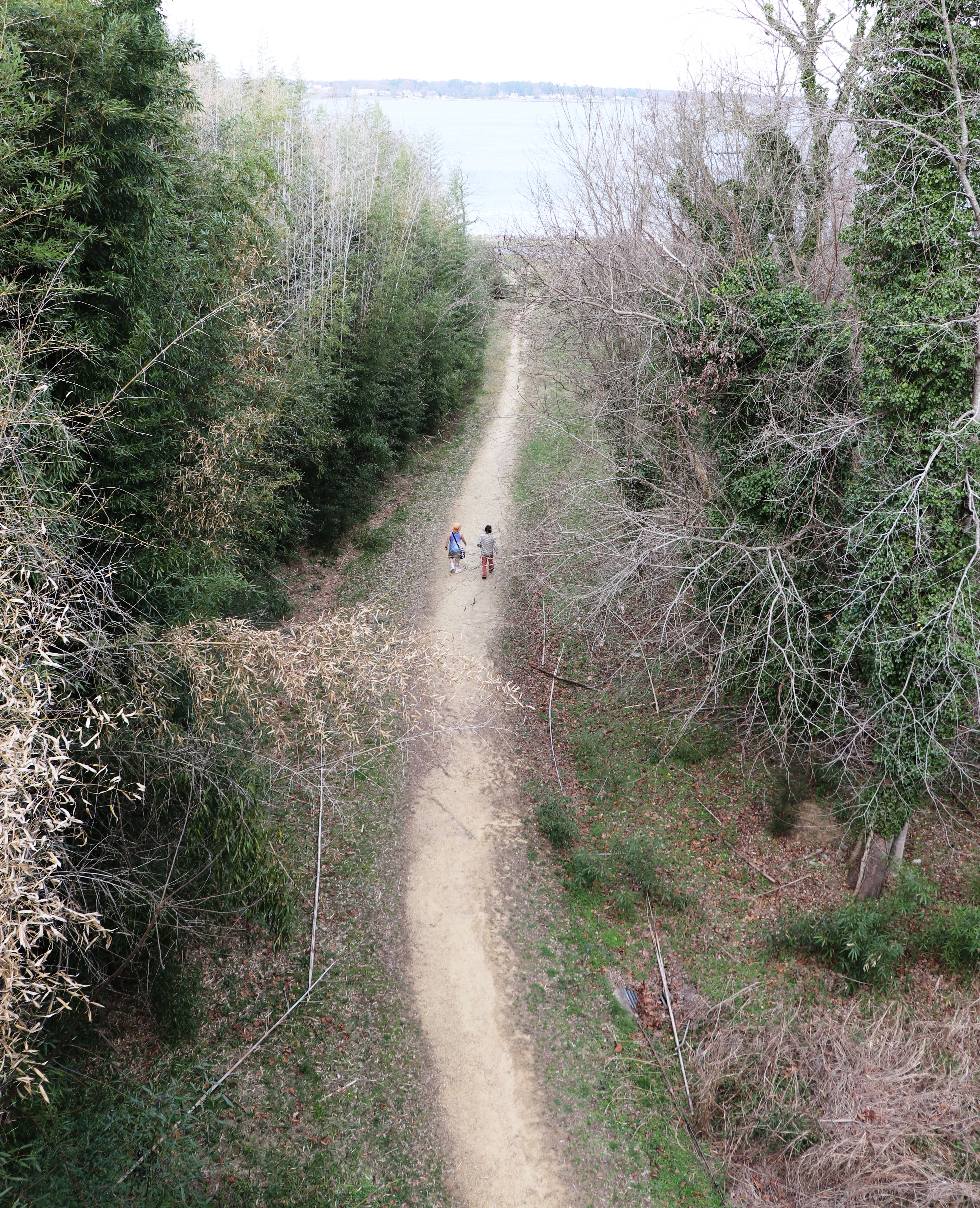 This foot bridge crosses a deep ravine into the village of Yorktown.  Underneath the footbridge is a path that in the 18th Century was known as Tobacco Road.

Tobacco, in the 17th and 18th centuries, was a valuable form of currency. It could be used to pay taxes, fines and salaries of government and church officials as well as purchase merchant goods. Upon the founding of the commercial port of Yorktown in 1691, the price for a half acre town lot was 180 pounds of tobacco.

In the 18th century, this road trace, in the ravine below the foot bridge, was a busy thoroughfare called Tobacco Road. The road provided an easy route for exported goods, including thousands of pounds of tobacco, to reach the port facilities on the York River, while circumventing most of the town.

By 1750, the amount of tobacco sent from Yorktown began to decline as crop yields on local plantations started to decrease. The town never recovered from the devastation of the 1781 siege and the port became a shadow of its former self.

According to eyewitness descriptions of the town after the 1781 siege, Cornwallis moved his headquarters to an earthen bunker in this ravine where he had additional protection from the intense artillery barrage. An American officer who visited Yorktown after the siege described Cornwallis' headquarters as a "bombproof."

Today, Tobacco Road is a quiet walkway providing a link between the waterfront and the National Park Service Visitor Center. As you stroll along, envision the road as it once was - a vital link for both Yorktown and Virginia's economy.