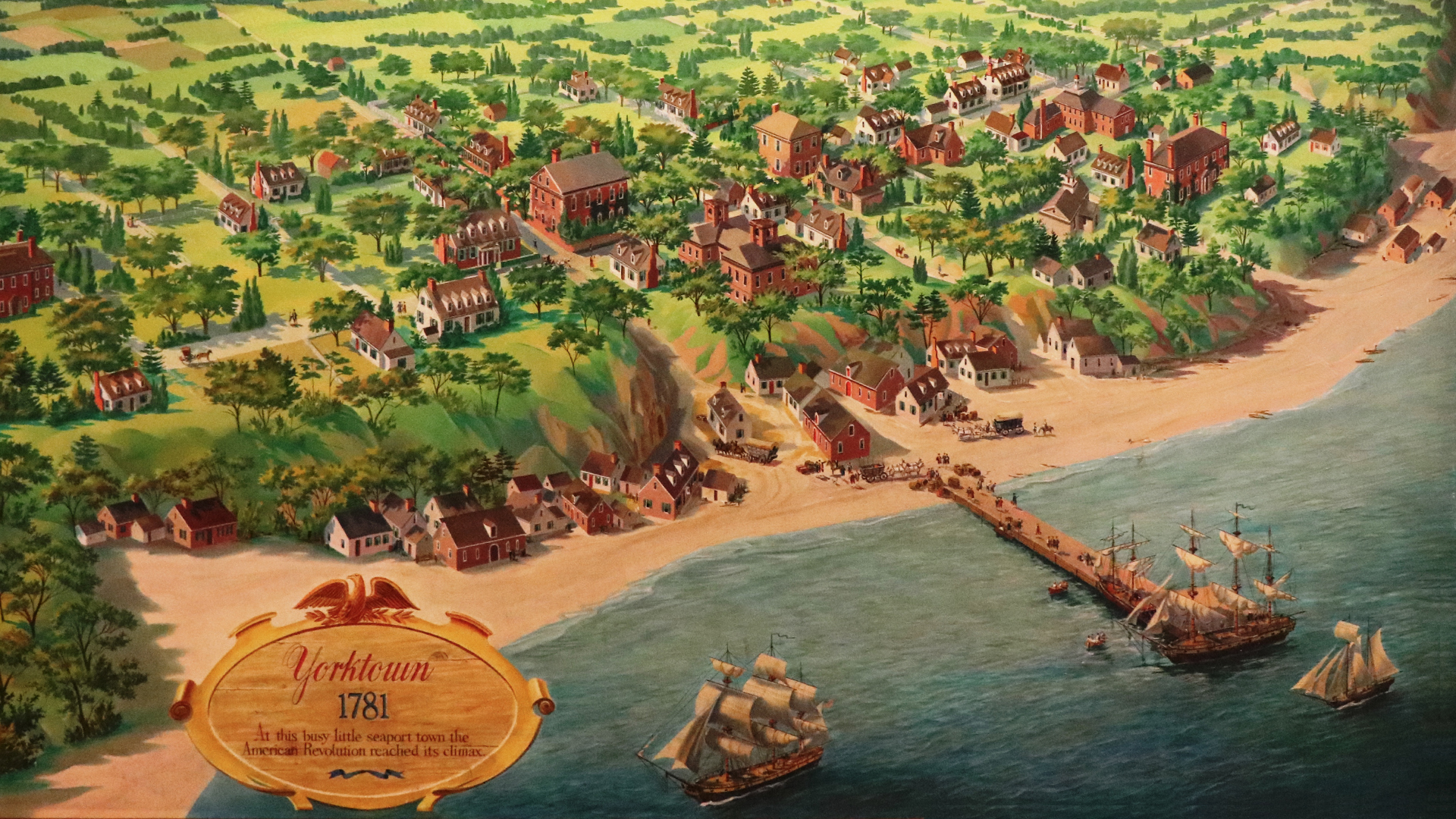 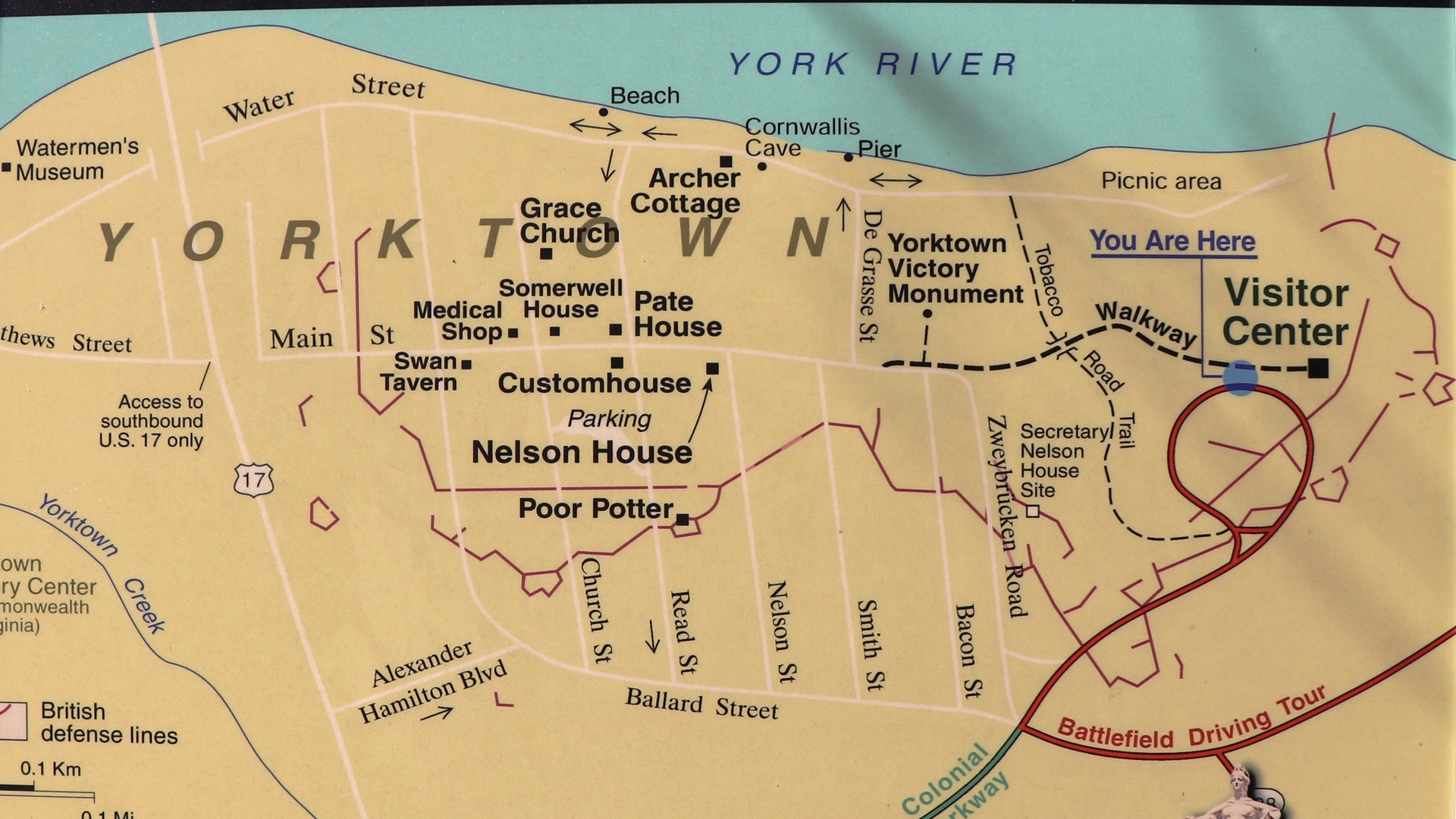 Yorktown was established by the Act for Ports of 1691, passed by the General Assembly at Jamestown (Virginia's government seat for almost a century). The legislation was but another in a succession of disputed and unsuccessful efforts by the colonial government to encourage growth of towns in rural Tidewater Virginia. Yorktown, however, succeeded despite initial delays and frustrations.

Fifty acres of land along the York River for the site of Yorktown were purchased from Benjamin Read of Gloucester County (across the York River from Yorktown) for 10,000 pounds of "merchantable sweet scented tobacco and cask." 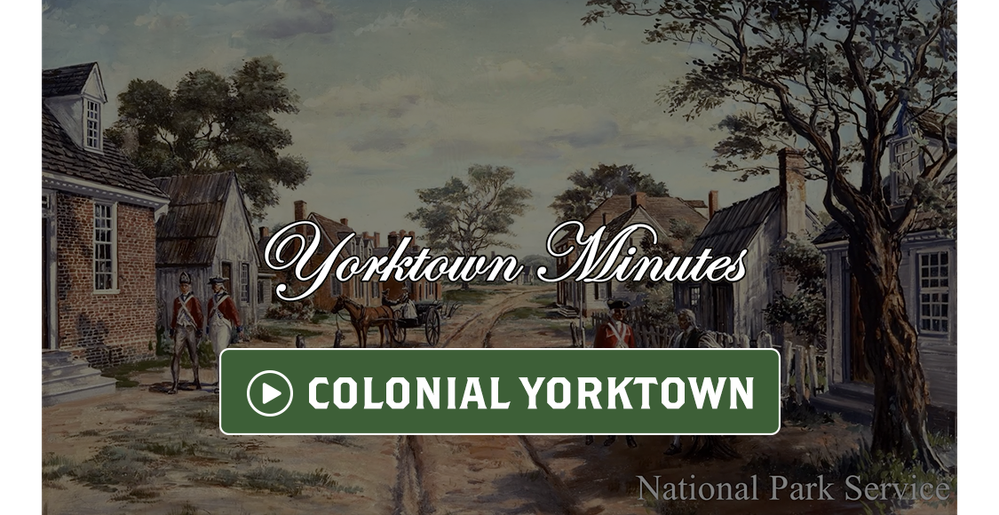 Yorktown became an important tobacco port, exporting crops from the area plantations. At peak prosperity, between 1740 and 1770, the town has several hundred buildings and almost 2,000 residents, making it a substantial 18th century community.

Yorktown's growth and prosperity peaked about 1750, though the shops and wharves were busy for perhaps another quarter of a century. The town's future potential was wiped out by the destruction and waste that came with the Siege of 1781, the "Great Fire" of 1814, and the Civil War's Peninsular Campaign of 1862. The soil of the surrounding country was worn thin, the center of tobacco culture moved southwest, and other points of trade developed. 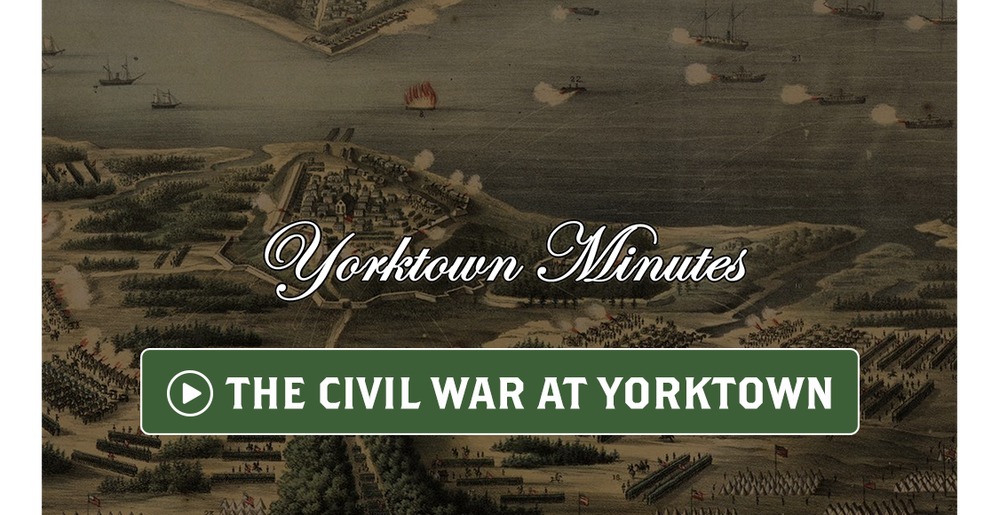 Many important reminders of Yorktown's 18th century past still exist. On Main Street is the Nelson House, the Georgian Manor style home of Thomas Nelson. Jr.; built by his grandfather, Scotch Tom Nelson in the early 18th century, it is the most prominent of the remaining 18th century structures. Nearby is the Dudley Digges house, built in the mid-18th century by Yorktown lawyer Dudley Digges, who held several important positions in Virginia's colonial and state government. Also along Main Street is the Customhouse. where taxes were collected on imported and exported goods passing through the port, and the Sessions, Pate and Somerwell houses. On nearby streets are Grace Church and the Smith and Ballard houses. Reconstructed 18th century buildings, including the Swan Tavern, also help preserve Yorktown's historical atmosphere.

Though Yorktown no longer appears as it did when it was an important 18th century port city or when the British were trapped within its boundaries during the Siege of 1781, it is still a place of national importance - a place where independence for the United States of America was won.